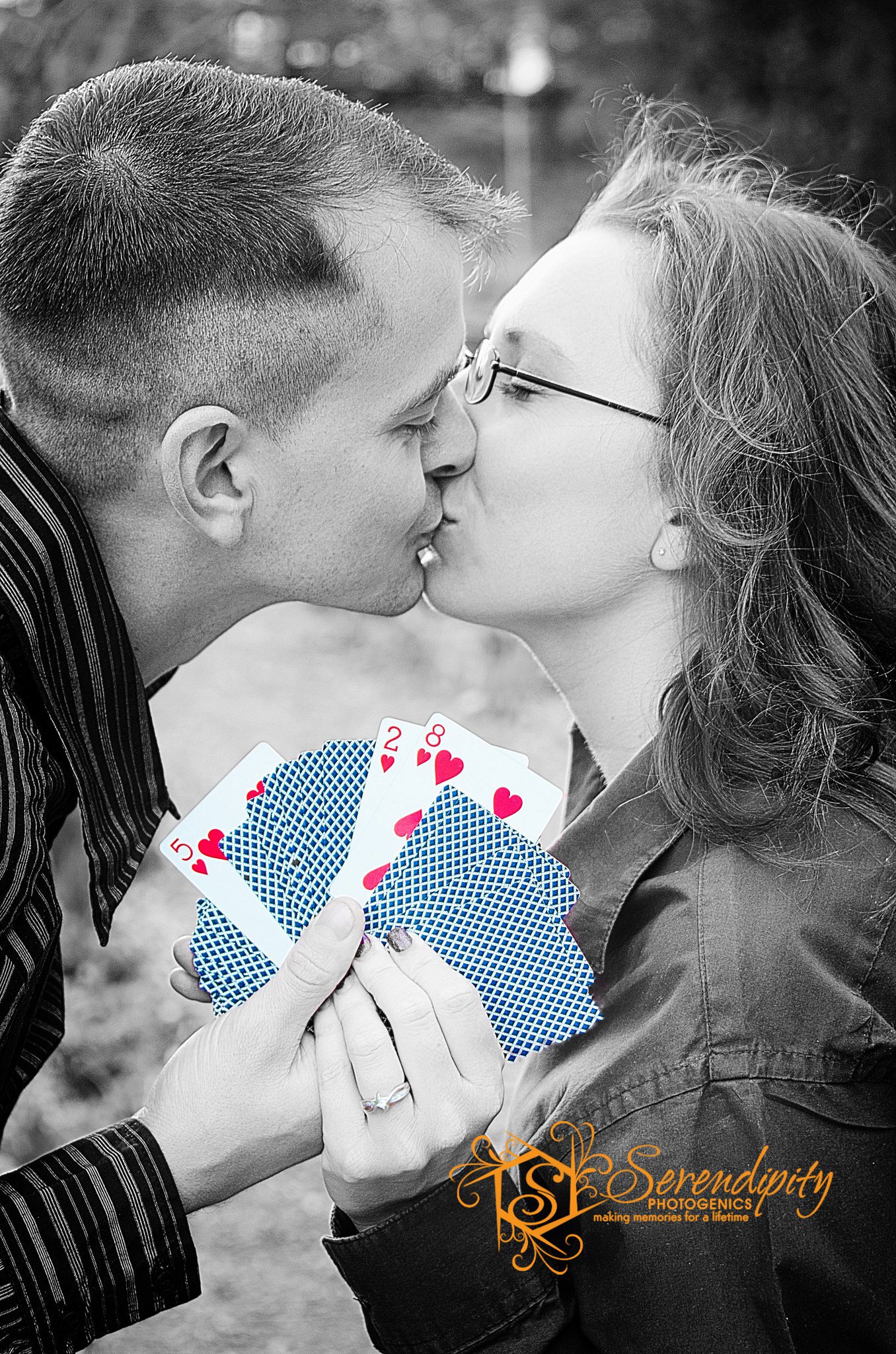 LINK BACK TO OUR WEBSITE & FIND A WY VENDOR! www.wyoweddings.com

It’s Wedding Wednesday — the day that we spotlight a beautiful Wyoming couple, either engaged or newly married!  Today we have a fun engagement story from Cheyenne — and a darn cute photo op from Serendipity Photogenics in Cheyenne that I just adore…note that the date of their upcoming wedding (May 28) is represented by the cards in the picture…

This adorable couple is Gretchen Hobson and Nick Morrison.  I love their sweet story — as Gretchen puts it, “Nothing romantic, just a simple ‘Boy Meets Girl, Girl Kisses Boy, We don’t want to spend any part of our lives with out the other’!”  (Well, Gretchen, I have to disagree on one thing — this is ABSOLUTELY romantic!  I love this story!)

“I was taking my brother James out for his birthday and he asked if his house mate could come along. I said “Sure I’ll be by to pick you two up in about 20 minutes.” I got to the house, rang the door bell and Nick opened the door.  We looked at each other and smiled. I suddenly felt giddy like a school girl and knew that I was sporting the cheesiest grin and was doing my best to hid it.  When we got to the restaurant Nick opened the doors for me, pulled my chair out and listened to every word I said. At the end of the dinner the group, which had grown to 5, left. Nick and I were so busy talking to each other that we both left our take home on the table.  And that was the end of it. It was October and the snow had not started to fall yet.

A few months later, in December, I called my brother to see if he wanted to go to dinner. We ate and chatted and he told me that Nick was looking to sell his gun safe. I asked if we could look at it that night. James texted Nick and he said “sure”. When we got back to the house Nick was asleep and I looked at it and thought “Yeah, why not!”

James texted me later in the week that Nick would sell it to me and gave me Nick’s cell phone number with the warning “Nick really likes you so be nice!”  Nick and I began texting back and forth on that Saturday. I asked if he wanted to join me that night as I played Darts. He said he couldn’t and that he had a party to go to. A few minutes later he asked if I wanted to go with him. I said “Sure!” And we have been together ever since. The only nights we have spent apart is when one of us has been out of town for work.”

Nick’s proposal reportedly went roughly something like this:  “So, I was thinking and I was wondering if you would marry me? I have this ring….” I love that!  It’s so sweet and so real!  I love hearing proposal stories — they always make me smile.  My dad’s proposal to my mom was rather funny — he took her to the drive-in (the it thing to do in the 70’s in Kearney NE) and he was so nervous that he was chugging iced tea like nobody’s business.  He finally screwed up he courage to ask her, and she said yes — and his reply? “Oh good, because I REALLY have to pee!” LOL…yup, that’s my dad. 🙂

Thanks for sharing your story, Gretchen & Nick! I love to hear about that excitement that comes when you’re first attracted to someone. Such a beautiful thing!  Gretchen & Nick will be married in Cheyenne, and we can’t wait to see the wedding pictures!  Gretchen and Nick are both involved in the Cheyenne community:  Gretchen volunteers with Cheyenne Frontier Days, and Nick is in the National Guard — thank you for your service, Nick!

Congratulations to you both — sounds like a beautiful event!

‘Til Next Time…I’d love to hear more about YOU!

LINK BACK TO OUR WEBSITE & FIND A WY VENDOR! www.wyoweddings.com 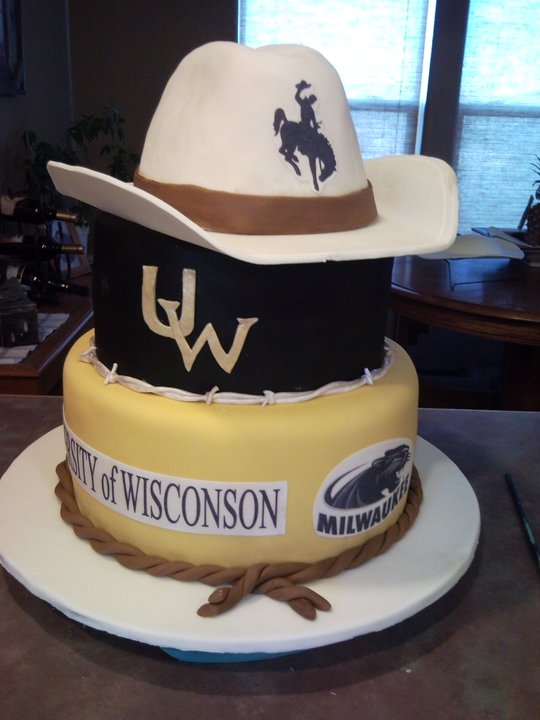 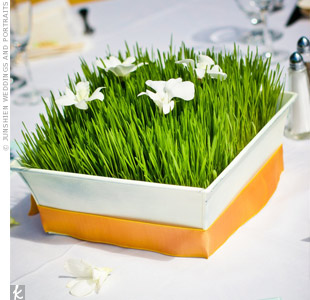 Creative Centerpieces Part Deux — OH HOW I LOVE THEM! — by Sarah Merrill

The Art of Registering — by Ashley White

Welcome to the Wyoming Weddings Blog! To navigate our new blog site please find our most recent blogs in the bar at the top. Looking for specific topics click on the Categories buttons at the top of the page or click them below!

Promote Your Page Too